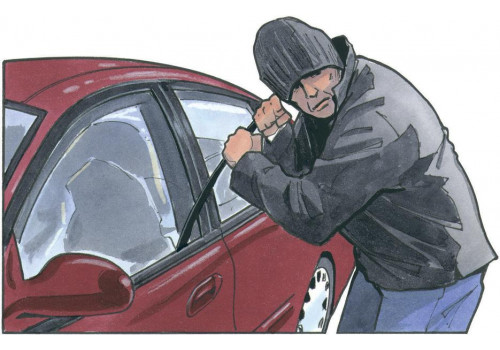 A little education can go a long way. It can vault someone into a higher-paying career, help people understand different cultures and keep them off the streets. It can also help reduce car theft.

Auto thefts in Toronto have been dropping steadily for the past few years, according to figures from the Toronto Police Service. In 2007, a grand total of 8,506 vehicles were stolen in the city, while in 2008, thieves made away with 6,687, a 21 percent drop from the year before.

Const. Wendy Drummond of the Toronto Police Service’s public information unit says this is likely because of increased knowledge of car theft and more focused policing.

“People are becoming wise to car security,” Drummond says. “The manufacturers are installing anti-theft products in the cars, people are using them and our general and overall police patrol have specialized units with auto theft.”

Thanks to information campaigns in the winter, more people know that thieves often steal cars when owners leave them running in their driveways with the keys in them, she adds. Drummond says Torontonians are also more aware of another type of auto theft that begins with a theft in their houses.

“We’ve had educational and public awareness alerting people to break and enters to their homes where usually high-end vehicles [are] parked in the driveway,” Drummond says. “[Thieves] would take the car keys knowing that they’re going to be right near the front door and then steal the car.”

Most of the new housing developments in Toronto also have secure parking garages to keep cars, which have also helped reduce theft, Drummond adds.

But there is one area where all drivers, not just ones from Toronto, could use a little more education – auto insurance.

In Ontario, there are mandatory types of auto insurance coverage and optional ones. Drivers need the mandatory coverages to drive legally in the province since they protect you if you’re injured in an accident or at fault in a collision.

But James Geuzebroek, manager of media relations at the Insurance Bureau of Canada, says the mandatory coverages do not cover auto theft.

To be covered if your car is stolen, you need to get comprehensive coverage, Geuzebroek says.

“Comprehensive, which covers theft, is one of those optional coverages,” he says. “So you don’t automatically have it.”

And, while Geuzebroek says most people know they need different kinds of coverages to protect against auto theft, there are still many who probably don’t.

“It’s true that many people just . . . don’t understand auto insurance well, so it is always a good idea to take the time to talk to your insurance provider and make sure that you do have the coverage that you want,” he says.

“If you’re driving an old beater, maybe [comprehensive coverages] aren’t necessary for you,” he says. “Maybe they’re not worth the premium that you have to pay for them.”

Also, there is one thing about auto theft coverage, in particular, most people don’t know.

If things are stolen from your car, unless they are auto accessories, they aren’t covered by auto insurance but by either home, condominium or tenant’s insurance. And some companies need evidence of a break-in to cover the theft, so if your car was left unlocked, you may be out of luck when making a claim.

Geuzebroek says many people don’t know items in their cars aren’t covered because most people don’t read up on their insurance.

“Insurance is a subject that is important . . . but it’s not one that many people are all that interested in taking the time to learn about,” he says. “We tend to buy it and renew it without really . . . giving much thought to what coverages our policy does have or what exclusions it has.”

To avoid getting stuff stolen from your car, both Geuzebroek and Drummond suggest keeping items, especially expensive electronics, cash, gifts and clothing in your home or at least out of sight. And, of course, keeping your car locked is always important.

“It’s a theft of opportunity,” Drummond says. “If you make it easy for the person they will target that vehicle as opposed to one that clearly has some type of security system or one that is locked or one that is secured in a secure garage.”

For more information on auto and other types of insurance, visit the Insurance Bureau of Canada website:
www.ibc.ca
.